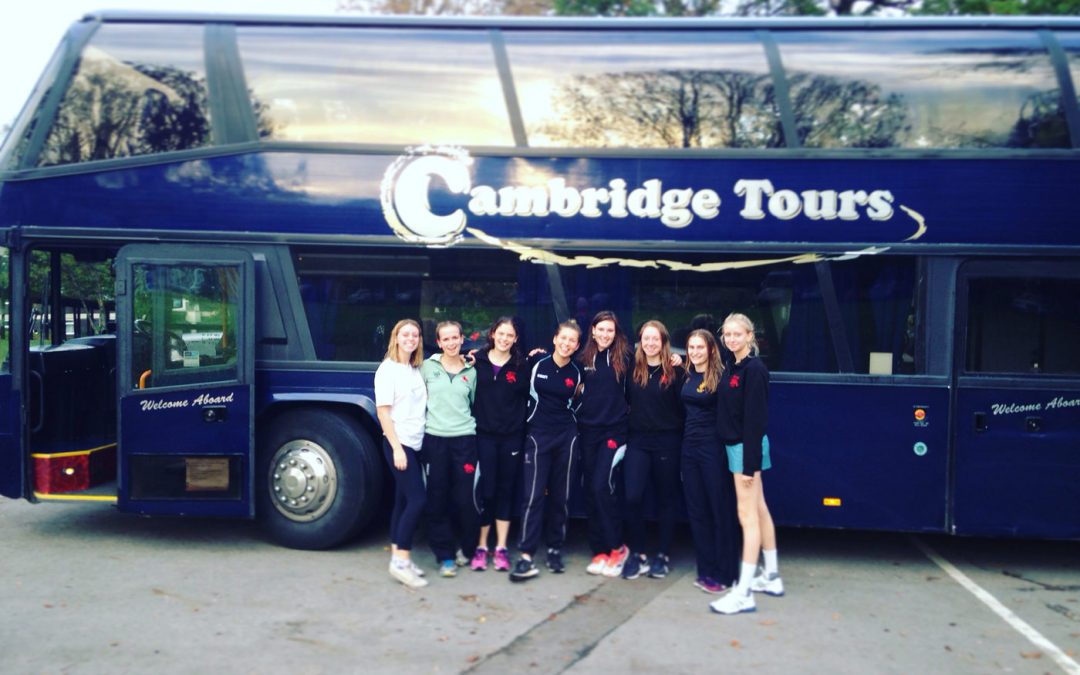 A series of unfortunate events for the Blues.

After an unfortunate start- classic tactic of beginning the game half an hour earlier than the advertised time- Cambridge are ruffled to say the least.

With 2 players lost to injury and a squad of 8, they knew it was going to be a tough game. Nevertheless, the Blues get off to a good start with some strong shooting from Starbuck and Godlee. It’s a clear win, they think. Matching this in the defending circle, Cunningham and Cates- in her debut for the Blues- give it their all with some excellent agility but the Nottingham shooters are persistent and the Blues end the quarter 2 goals down.

Half time and 5 goals down, the Blues try to tap into their positive thinking,  wanting to do team sports psychologist Alison proud. Combinations are changed but even the fresh legs and the accurate shooting of Hill are not enough to edge the gap.

The rest of the game is a blur, the Blues seem to be playing against nine, with some unfortunate decisions going against them. Some excellent defending stamina from Ansell at GD and midcourt strength from Frobisher. Maitland fights to the end, as has come to be expected of their new captain, but her drive and determination is not enough to see it through and the team end with an unfortunate 40-33 loss.

The atmosphere on the return bus is of optimism- they know where the issues were today; There are things to be worked on, and worked on they will be. ‘It’s an exciting time for the blues squad, I feel great energy within the team this year and a real desire for improvement; the possibilities are infinite and I can’t wait to see how we smash the rest of the season’ says Maitland, and the joy of BUCS home and away setup: we’ll get them back!